Our local partnering organisation, Chetna Organic (hereafter, ‘Chetna’), was established in 2004. Chetna has been trying to promote organic cotton cultivation without any use of chemical fertilisers, pesticides and GMO (genetically modified organisms) seeds. Chetna has continued their support activities in three regions of the states of Andhra Pradesh (including Telangana), Maharashtra and Odisha. They capture organic farming as a means of eradicating poverty embedded in the regions where cotton farmers and their families have resided. Therefore, their scope of support is not limited to cotton farmers, but also to their children who had no choice but to quit school because of their financial difficulty with continuing their education. 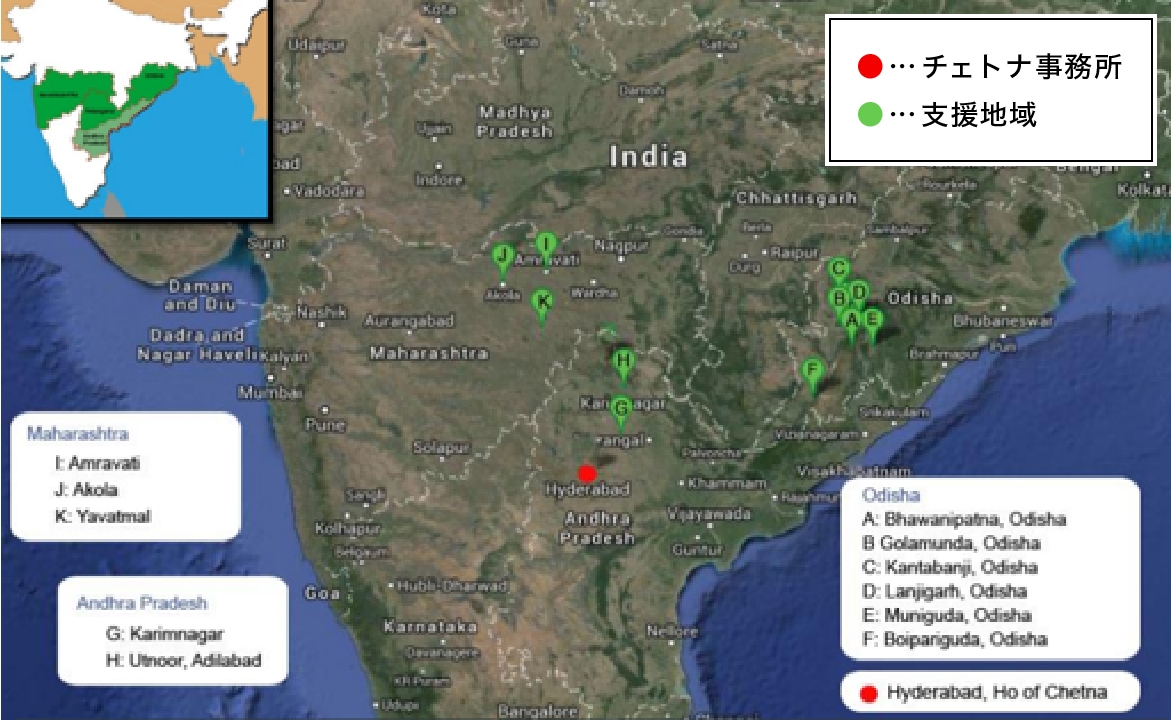 At the time of Chetna’s inception, in the states of Andhra Pradesh (including Telangana) and Maharashtra (assistance in Odisha began in 2007) in which cotton was mainly cultivated in India, many cotton farmers were found to be lliving in poverty and numerous cases that these farmer suicides due to heavy debt were reported.

To start cotton cultivation, farmers buy pesticides, insecticides and genetically modified cotton seeds from dealers called seed organisers.These products were brought in from outside of producing areas to increase cotton yields and prevent pest damage. It was only a matter of time that most cotton farmers started applying them to their lands. However, the chemicals in the pesticides and fertilisers destroyed nutrients in the soil. In addition, farmers without protective masks inhaled such poisonous substances, which also caused health problems. As for the use of GM seeds, seed germination requires large amounts of water. In dry climates, irrigation systems are used, but most farmers who do not have such facilities will not be able to spray enough water. It will eventually result in the seeds not germinating.

Despite these risks, farmers whose only source of income is from cotton cultivation have no choice but to borrow money to cultivate and make a living. They cannot escape the vicious circle of poverty on their own. This situation, where the debt mounts as cotton continues to be grown, has led to a number of farmer suicides.

According to the US Guardian newspaper, more than 270 000 cotton farmers reportedly committed suicide in the 10 years between 1995 and 2014.
(Reference.
https://www.theguardian.com/global-development/gallery/2014/may/05/india-cotton-suicides-farmer-deaths-gm-seeds).

Even if they seek help from the government, they cannot escape poverty on their own, as assistance is not available in rural areas. In such an isolated situation, they were also unable to obtain sufficient information and were therefore also victims of exploitation by middlemen who took advantage of the farmers’ vulnerable position.

To break this negative cycle of poverty, the current head, Arun Chandra, established Chetna Organic as a farmer support organisation to improve the living standards of farmer households by switching to organic cotton cultivation, which does not use chemical pesticides or genetically modified seeds. 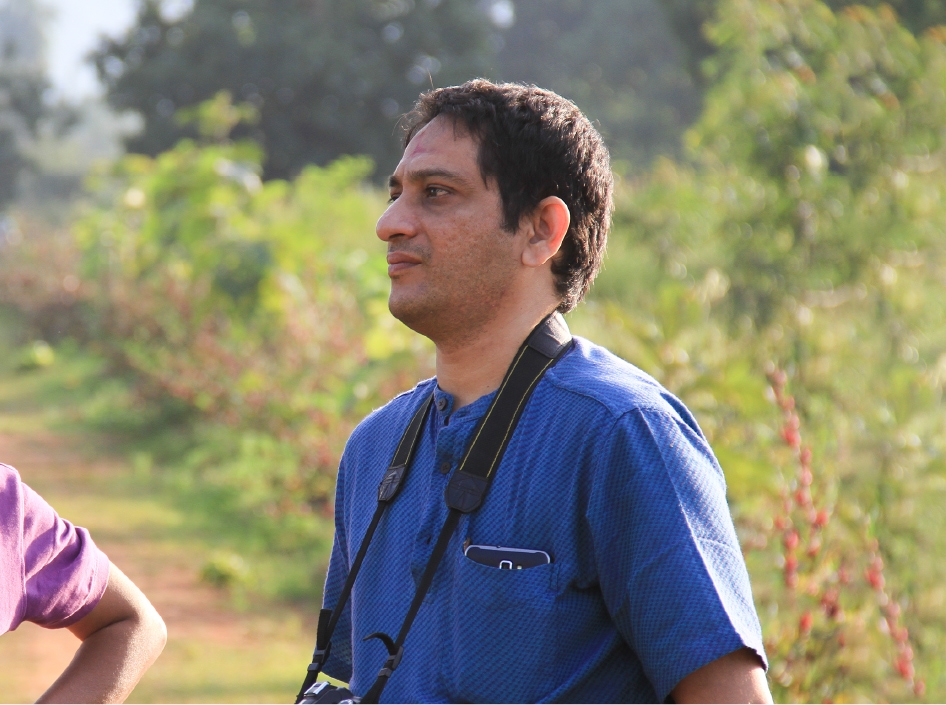 Support for transition to organic farming

Chetna’s support for the transition from conventional cotton cultivation to organic farming involves Isolated farmers to unite them as Self-Help Groups. These farmers are trained in organic cotton farming methods through a three-year training programme.

The organic cotton grown and harvested by the Chetna-supported farmers has received international fair trade certification and international standards for organic textile products, such as GOTs (Global Organic Textile Standard) certification. A premium is added to its price.
Chetna staff negotiate the price of cotton directly with apparel brands and retailers to ensure that they get a fair price for their cotton.
These support activities promote the social and economic independence of farmers.
The following activities are carried out to support the conversion to organic farming

Training to farmers (lecture and exposure)

We implement lectures and exposure to cotton farmers to learn organic farming methods. 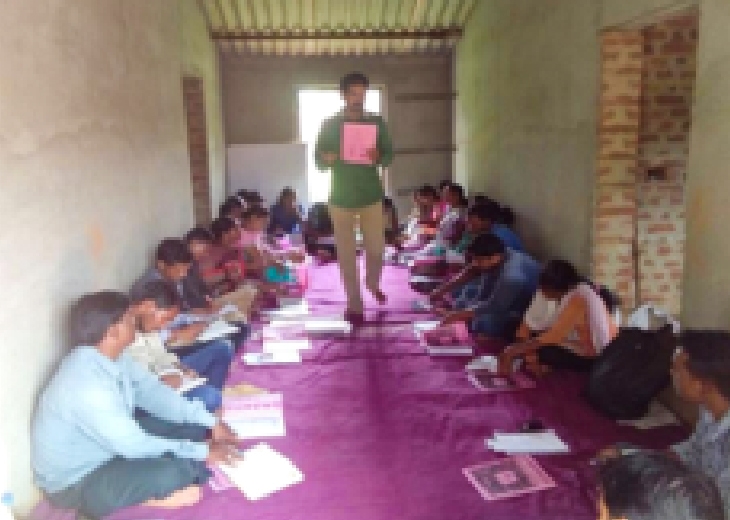 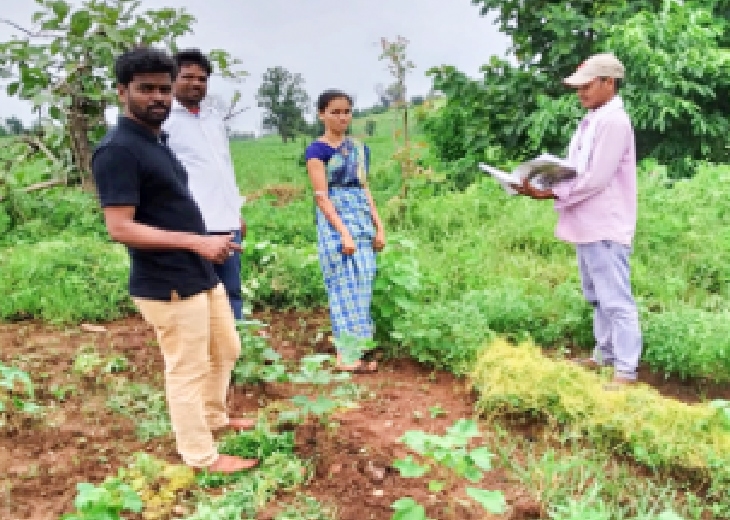 We assist farmers in operating seed banks to protect and increase Non-GMO seeds. 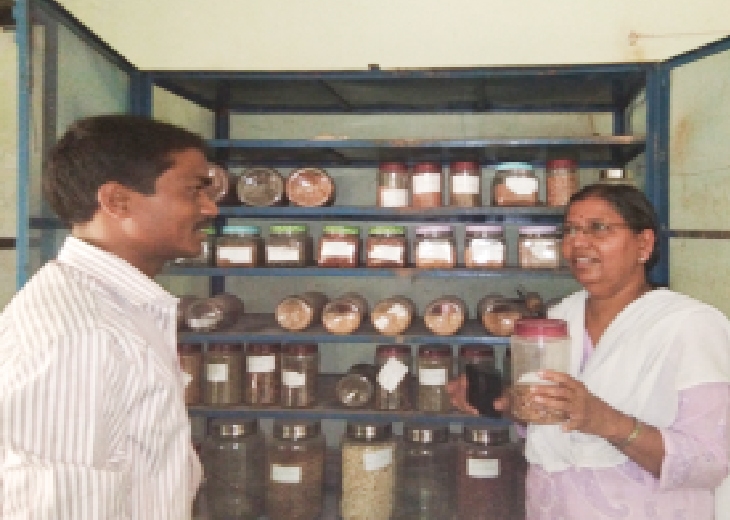 We examine the status of farming lands to change them to be suitable for organic farming. 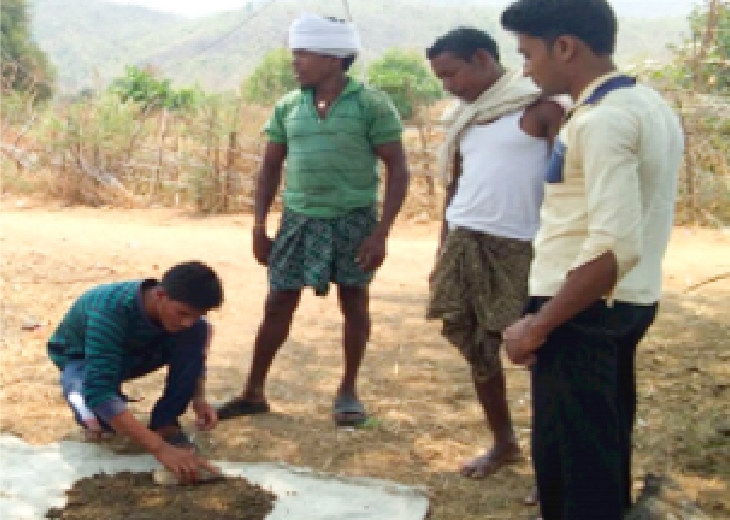 Child labour is a problem in areas where a great deal of cotton is cultivated. It stems from the poverty of farmers’ households. Their financial difficulty prevents children from continuing their education. They are forced to jump into farming work and make additional income for their families. In some areas, the importance of education is still not recognized in the first place. For these children who have lost access to education, Chetna, in collaboration with PEACE BY PEACE COTTON FOUNDATION, has provided support for children to continue their education with scholarships and tries to maintain their motivation for learning through other many activities.

We provide scholarships to those who seek to have higher education. 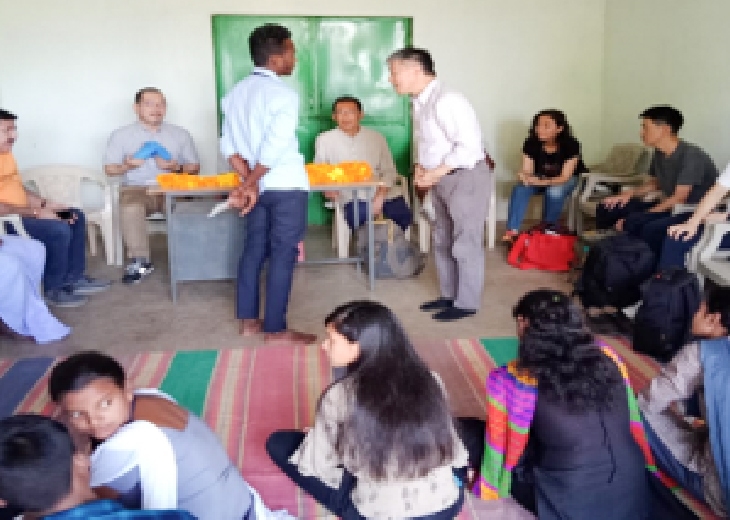 We conduct supplementary classes to those children who dropped out from schools to get back to the mainstream. 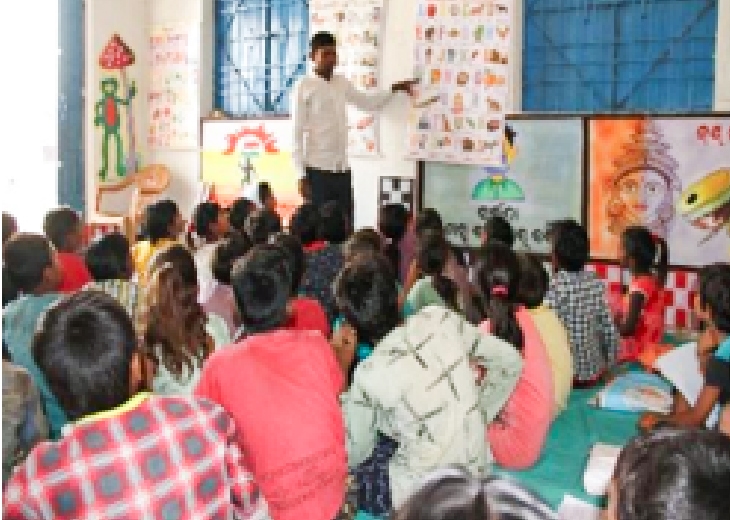 We train and place teachers who are in charge of MAAD activities: teaching Music, Agriculture, Art and Dance to have children. 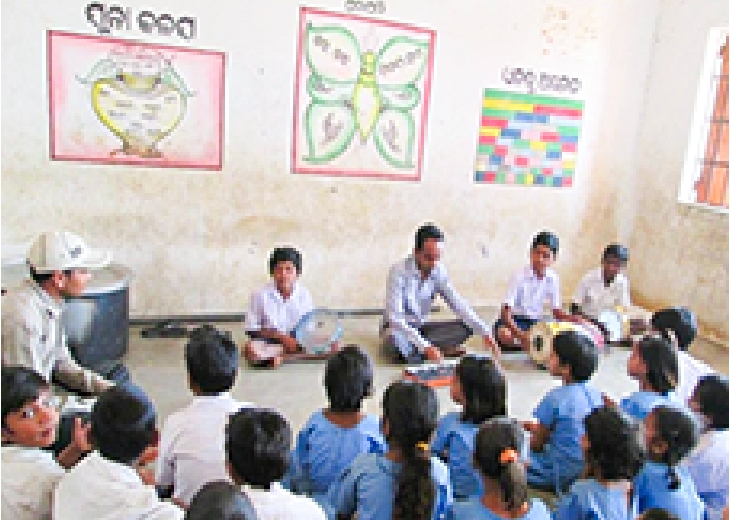 Skill development other than cotton cultivation

In order to have career choices other than cotton farmers, training sessions of tailoring are held. 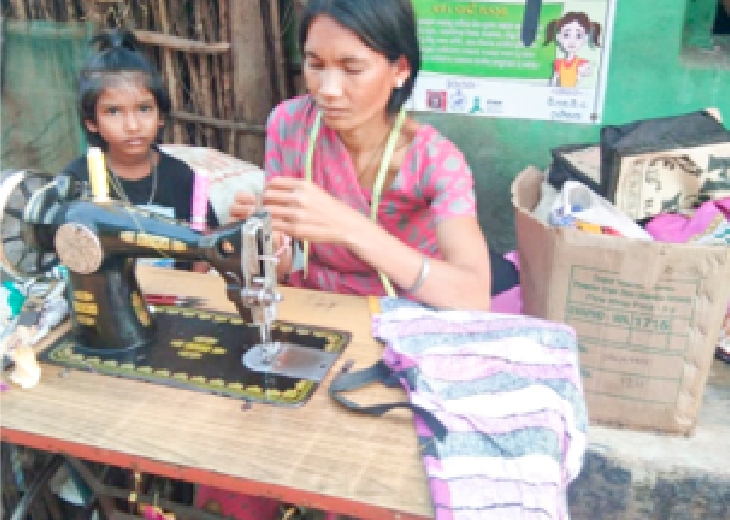